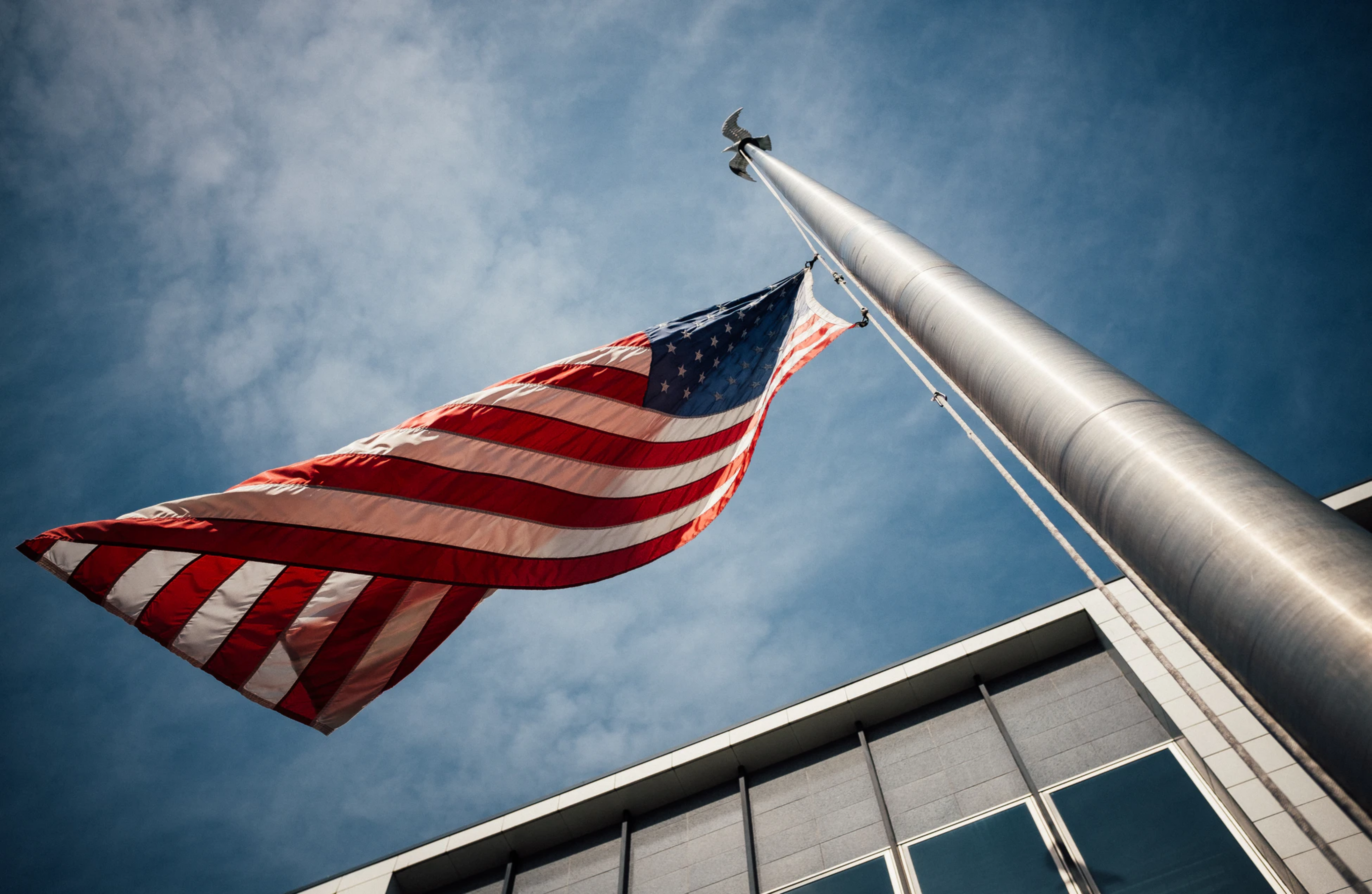 There is a host of writing that has been done for the church as a whole concerning the election, and I do not pretend that I have any new revelations or thoughts to add to the conversation.  There is much, much more to this conversation, but these are summary-type thoughts:

THE LIE: EVERYTHING DEPENDS ON THIS ELECTION

We’re being fed a lie from both sides of the political fence.  Slogans from both the GOP and the Democratic party are continually “VOTE: BECAUSE EVERYTHING DEPENDS ON IT.”  I’m here to tell you that both parties are simply wrong.  Everything does not depend on it.

Yes, I could sit and write about the need for a nuanced political conversation, and nerd out on American history and the nature of a democratic republic, and the uniqueness of Christians living beneath such a system, Christians wielding political power in voting that, for the vast majority of history, has not been the case.  Much of this is still uncharted territory for the Church.

Yet, and this must be said, one thing Church history does teach us is this: when the church has wielded political power in the past, in almost all cases the Church was at its worst.

The church was at its best when it was being persecuted, when it was treated as a fringe group on the outskirts of society, one that was disrupting the civic status quo.  That’s not us right now – not yet, at least.  Maybe the elites of America on top of our entertainment, media, movie and television industry would like to see historic, orthodox Christian belief and doctrine done away with.  For the time being, America is still a primarily Christian nation, still for the most part embracing historic Christian orthodoxy, although you wouldn’t think so if you watched TV.

As we enter into the next generation, I think this reality will no longer be true.  People my age and younger are simply not attending church anymore, are largely scripturally illiterate, and rarely if ever read a Bible or have any knowledge of Christianity and the Gospel.  Left over echoes of deep Christian influence will always be ever present in our western society in hidden ways, but we can anticipate a very different future for Christianity’s public influence in America over the next handful of decades.

The time is now to embrace the reality that everything does not rise and fall on who is voted into the Oval Office, or even the Supreme Court.  As the nation becomes less Christian, our leaders will too, because they will be more and more mirrors of those who elect them.  We should not be surprised at much of the radical changes in America doctrine over the past 15 or so years and its loss of Christian values.  It’s only going to continue, and to think otherwise is a pipe dream if we continue on this same trajectory.

THE CHURCH AS A POLITICAL ENTITY

The Church is a political entity, however.  It always has been.  It has claimed for two millennia to embrace a King of its own, a future King, one promised from ages past, and one revealed and confirmed by the Resurrection event.  The Church has always recognized that we are in the world, but not of it.  The Church has always been disruptors of the peace, being known as those “who are turning the world upside down” (Acts 17:6) by worshiping our King Jesus and obeying him before the kings and queens of this world.

THE RENEWAL OF A NATION ONE PERSON AT A TIME

They turned the world upside down not by electing certain officials into public office.  No, they did this by being a witness to the life, death and resurrection of Jesus Christ to their neighbors.  They did this by living in what Scot McKnight calls the Jesus Creed – loving God and loving others while mirroring the life that Jesus lived, all for the glory of God.  They did this by radical self sacrifice, generosity, allowing the power of the Holy Spirit to be revealed through them to the people around us.  One person at a time, one community at a time, one city at a time.

In this election season, as Christians we might all agree that America needs help.  America needs change.  America needs renewal.  However, I believe for too long the church has thought that if only we can consolidate ourselves into a political majority, or by rallying behind this candidate or behind this cause, and that by enforcing at the legislative level Christian values we can help rescue our nation (this is true for both sides of the political fence in various ways).

Healthy government is necessary for a healthy society, but government is not America’s Savior.  It’s a false hope, one that is trusting in chariots and horses.

As I conclude this brief blog post, I want to argue for a different way of thinking as the Church.  A much more freeing one at that.  I do not want to claim that voting does not matter – of course it does.  However, if we are to rightly understand where we live – a democracy – one where we get to participate in - look out of your window right now.

When I look out of mine, as I live in a quasi-urban area that still feels a bit like Suburbia, but around 2 miles outside of downtown Wilmington, I see house after house after house after house in little small rectangle yards.  My neighborhood has many hundreds of people in it.  Immanuel Church sits on the corner of Pennsylvania Ave, hundreds of cars drive by everyday, as we sit on the outskirts of the city, yet are a stones throw away from urban living two blocks behind us, and 20 minutes away from Pennsylvania and Maryland, and also the highly populated suburbs of Delaware.

You and I as Christians and as a church are surrounded by people, and that’s exactly where we need to be.

Christianity has always been about people.  Jesus was about people.  Face to face ministry.  At the local level, then, is where the Church is the most influential.  At the neighborhood level is where Christians can be the witness of a 2,000 year old story that has turned the world upside down, and can do so once again, one person and family at a time, receiving the blessing of the Gospel.

Let’s play a thought game for a moment:  What if every Christian Church in America looked at their local city and neighborhood, and lived primarily within that world as witnesses of Christ?  What if we pursued Christian witness, the application of justice, of loving neighbors and washing the feet of the downtrodden and the poor, telling them that indeed someone has been risen from the dead and he is returning again to make all things new – bearing this on our own shoulders to the best of our abilites - we would indeed see something happen.

We would begin to see what has always been the case when the Church is most healthy: a grassroots movement from a handful of Jesus-loving people radically turning their neighborhoods and cities upside down by being witnesses to the Gospel of Jesus Christ through word and deed by the power of the Spirit.

My encouragement to you, Immanuel, is this:  we are the most important witness to the Gospel of Jesus Christ.  Whether a Christian man or woman who shares every single value that matters to a Christian voter sits in the White House or in the Supreme Court or not, remember that we live in a democracy.  In a democracy, the people hold the highest seat in the land.  In our case, changed people, then, give birth to a changed nation.

This is not to claim that the primary reason why we are witnesses to the resurrection of Jesus is to change America, but rather a changed America would be a natural byproduct of a changed American people.  This is a call for the long game, the long road that will not produce change overnight, and it is precisely this work that our primary energies must be exerted on.

THE WORK OF THE CHURCH: GOSPEL RENEWAL OF THE WHOLE PERSON

If you love our nation as I do, and wish to see it flourishing – it begins with the Church loving its neighbors, being a witness to its local community – one person at a time, not focused on promising hell insurance and being obsessed with how many people we’re baptizing and how high our attendance is on Sundays.  No – Jesus came to refashion humanity in His image, the image we were created to be in.  We are new creations in Christ, and He is returning to make all things new.

The Church’s witness must, then, consider the whole person, bringing Jesus into the whole of someone’s life, allowing the Spirit to do the fullness of his life-long work that we call sanctification and disciples-making.  This is hard, roll up your sleeves kind of work.  It always has been.

But where this happens, it’s traditionally been dangerous work for the Church, for when individuals and families are confronted with the life changing Good News of Jesus Christ, they are changed, and their civic and social participation changes, and it's then that nations and power structures fight back against Christians.  It is at this crossroads when Christians have been killed, burned alive, decapitated, and crucified, just like many are as we speak around the world.  Rulers and authorities begin losing control of their state with this changed people, and the nation is then shaken to its core as they try and snuff it out.

I want to argue that this is a nothing-new message.  The old fashioned biblical methods I’m talking about need a resurgence in our land.  But Jesus has been calling us to it, and somehow we’ve missed that in our unique democratic setting, this local person to person witness just might be the most influential manner in which America can be healed.  Casting a vote is far too easy.  Getting to know your neighbor is much more difficult.  By depending on political structures to bring such a change as we speak of, we are falling into dangerous unchristian territory, for political force and lording it over others was never the way of Christ – that’s the way of the Gentiles.  We are called to be servants of all, just as Christ was in giving himself as a ransom for many.

In conclusion: let's raise our ambition from a primary focus on the White House and political parties to our neighbor and local cities, and know that a nation can still be turned upside down in the name of Jesus, one person at a time.