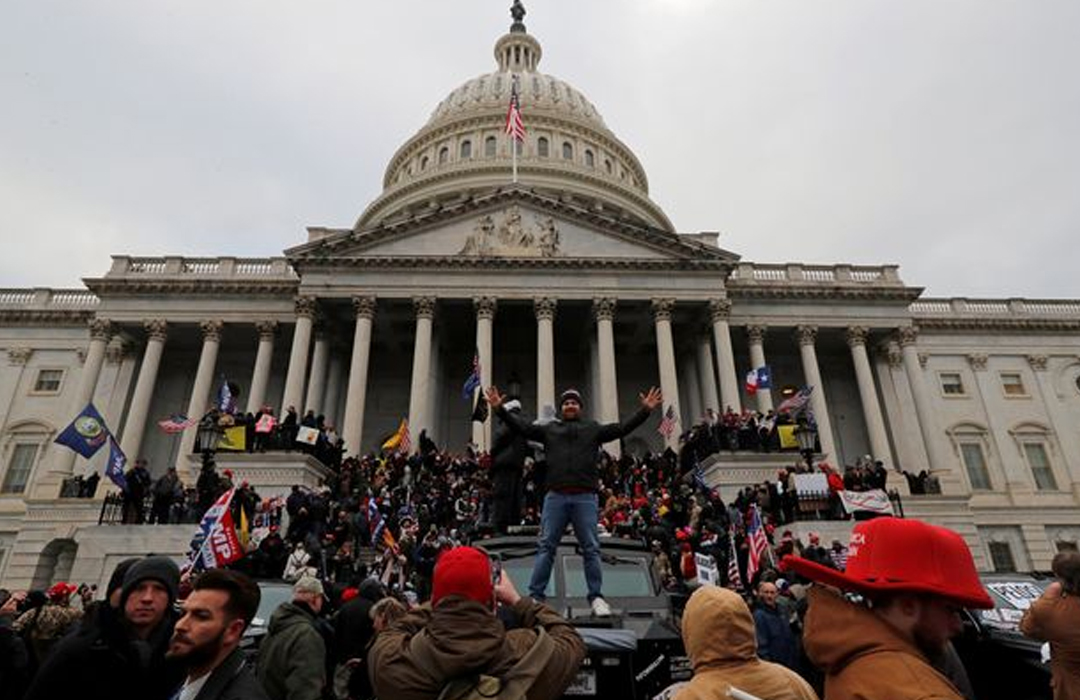 [15] Perceiving then that they were about to come and take him by force to make him king, Jesus withdrew again to the mountain by himself”

As the rest of the world sat and watched the events unfold in our nation’s capital, I could not believe my eyes.  In my lifetime, things were happening that my grandchildren and beyond would read and study about in history books.  I pulled my children beside me, and tried my best to explain to them what was happening.  I love my nation, I am proud to be an American, and as my kids walked away, tears of anger flowed.

It only increased when, here and there, images of flags being raised with the name of our Savior appeared in the mob of the crowd.  “Jesus 2020,” some read.  Crosses were erected, a “fight of evil” that Jesus supposedly approves of were coming from many mouths of the mob.  Then, to everyone’s shock and horror, Confederate flags were waved in the halls of Congress.  Guns were drawn in the congressional chamber, and a woman died in the Capitol building.

What was happening?  How did we get here?

I feel like Saint Augustine pastoring a church during the Fall of Rome.  He was surprised when he received many congregants into his service who were disenchanted as their precious city was vandalized and sacked.  As Christians, the fall of Rome exposed their deep love for the “Eternal City” and seemingly could not be easily distinguished from that of the pagans who worshipped Rome and its gods and its emperor.

For this, Augustine realized that his magnum opus, The City of God, was not only an apologetic defense of Christianity to Roman pagans, but would also serve as a grand work to refine his own church towards a Christian worldview that would help to properly place the role of state and church, and correctly align the hopes of Christians towards the eternal Kingdom that is here now, and one day will come in its fullness, and away from the pagan nations that have been, are, and will be - The nations that have risen and fallen throughout history, while the church will continue on.

And here I am observing many, if even quietly, watching with approval violence against our state, as if Jesus has approved of such chaos.  In a similar scenario, but in a reversal of what Augustine saw, the vandals sacked our Rome, but sadly, many who claim Christ were the ones that sacked our ‘Rome’ – even in the name of Jesus.

Remember, it was the mob that encouraged Aaron to build the golden calf (Exodus 32:21-24).  It was the mob that wanted to make Jesus King in Jerusalem, but it was Jesus who ran away from them, and went alone to the mountain by himself.  And it was Peter who wanted to fight, and Jesus who told him to put down the sword when they were approached by a mob who was ready to fight (Matthew 26:52).

The church should emulate this as we speak.  We need to put down our swords and find a quiet place on a mountain somewhere, and consider how we’ve gotten here.  Christians are to live for a different city.  Like Abraham and those in Scripture, we are in search of a better country (Hebrews 11:6).   The better country is not America.  Enough is enough.

As our nation suffers from a pandemic, as poverty is rampant, families are falling apart at record paces, as young people are finding themselves more depressed and even more suicidal than ever before in American history, as abortion still rages and systemic racism and injustice is ever present, as the American Church is shrinking, and our buildings are emptying out – the question that now stands in front of us is this: what are we truly about?  Where do our priorities lie?  It will take generations to undo much of what we have seen these past four years.

At minimum, now, we must repent of such atrocities as we saw yesterday, and the Church must embrace the true work that stands before us, the work that we have been called to thousands of years ago – to be the embodiment of who Jesus is, being his body on Earth (1 Corinthians 12:12-31), being a light and pillar of truth and justice, a glimpse of the healing of the future New Jerusalem that will come to this Earth, and we must get to work now making disciples of Jesus in all nations, calling all people to repent and to turn to their Savior and find newness of life in Him.

For that is the work of Christ, and may we wake up now to such a work today on the morning after January 6th, 2021.

The hope of humanity and the conquering of evil does not lie in the temporary state, but in knowing Jesus, the True Human.  Flourishing is found in the one who truly flourished, and we must recapture his vision for human flourishing, and rework the idea of patriotism and educate ourselves as to a healthy love of country, apart from a worship of country.

Well said.. WE live in this world, but be not of this world.

Scouting Out The Vineyard Movement: What's in Store for Immanuel?